This is a close-up view of a male tri-spine horseshoe crab (Tachypleus tridentatus) that is in the process of fertilizing eggs being deposited by the female in the substrate beneath the male. The female has burrowed into the mud and gravel, with her head and most of her torso buried. 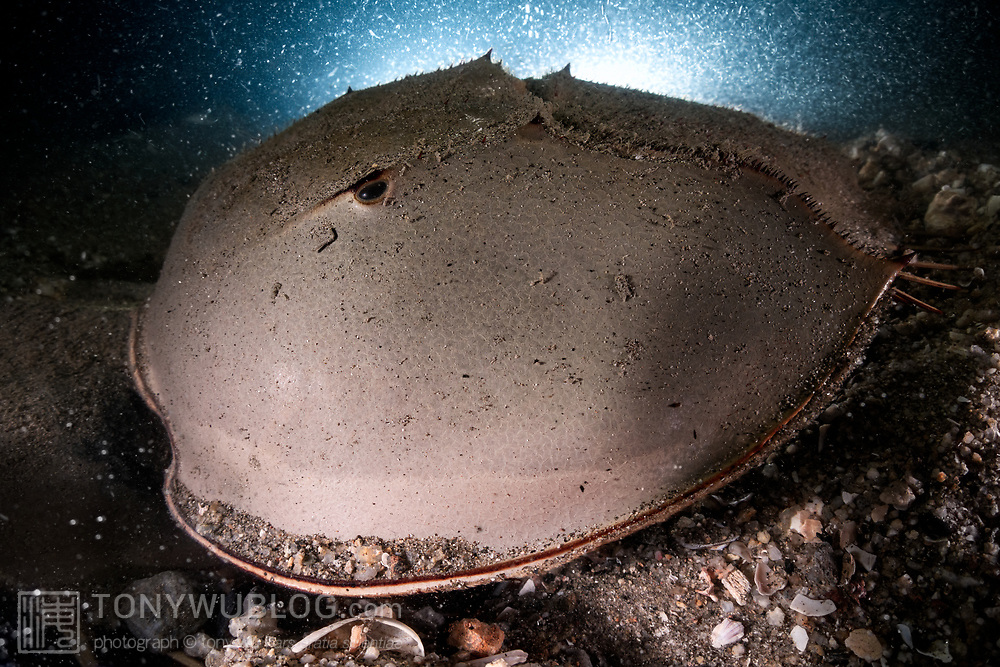