This is a top-down view of a pair of endangered tri-spine horseshoe crabs (Tachypleus tridentatus) engaged in spawning. The male is clasped onto the rear of the female, preparing to fertilize eggs that she will deposit. Seen here, the female is still burrowing into the substrate. She will dig deeper, until her primary compound eyes and most of her prosoma is buried. The bubbles are the result of pockets of air trapped in the mud and gravel being released due to the female’s excavation.

Spawning takes place in the intertidal zone, which is the reason that substantial quantities of air are present in the sediment. It is also the reason that the water is murky and somewhat hazy, as there is mixing of fresh water flowing in from land. 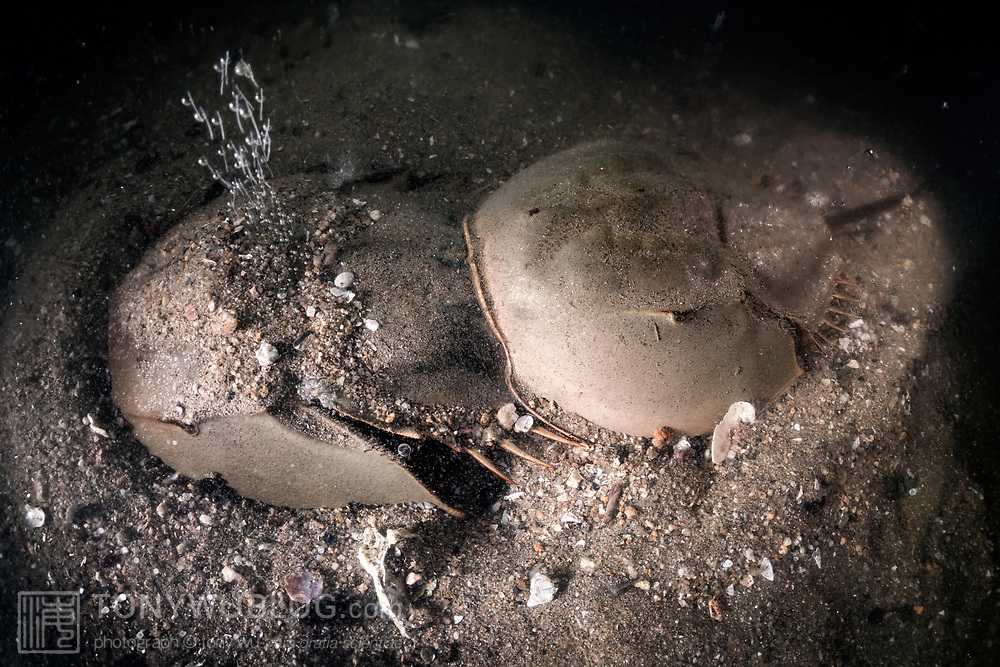