These are endangered tri-spine horseshoe crabs (Tachypleus tridentatus) engaged in spawning. The larger female is in front, the smaller male attached to the rear.

During spring high tide, pairs like this move to shallow water. They remain largely motionless. When the time comes for spawning, the female digs into the substrate and deposits a clutch of eggs, which the male fertilizes. Spawning occurs repetitively.

In the intertidal location where this pair were photographed, the mud and gravel substrate contained pockets of air, which were sometimes released when the horseshoe crabs became active. The escaped gas bubbled up and emerged from the muck, sometimes passing through the carapace of the female, resulting in the illusion of exhalation, as pictured here. 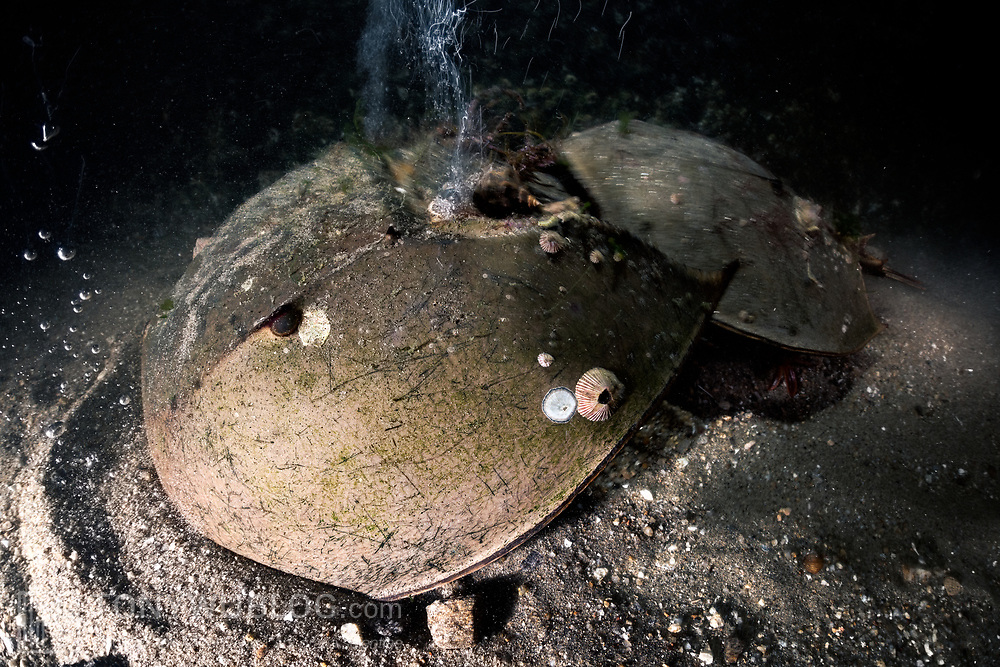