This is a pair of tri-spine horseshoe crabs (Tachypleus tridentatus) walking across the ocean bottom in shallow water just prior to spawning. The smaller male uses modified legs (pedipalps) to grasp onto the female in front. The male stays attached in this manner throughout the reproductive season, going wherever the female goes. 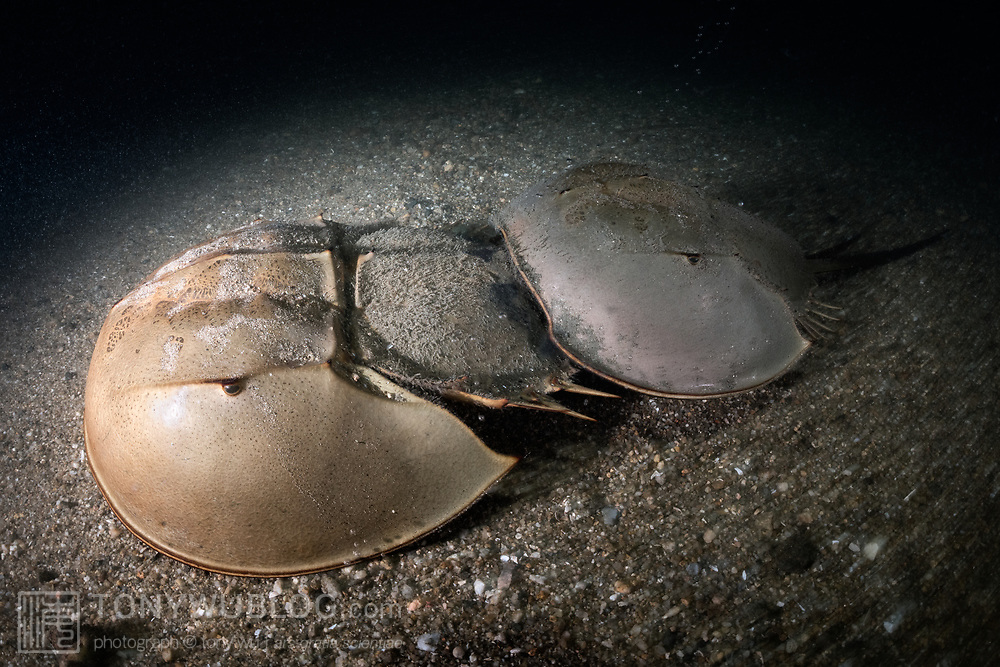