back to search results

These are endangered tri-spine horseshoe crabs (Tachypleus tridentatus) engaged in spawning. The male is visible in his entirety, attached to the rear of the female. The female (much larger than the male) has burrowed into the substrate, with her head and most of her torso buried. She is in the process of depositing eggs, with the male fertilizing them.

In the intertidal location where this pair were photographed, the mud and gravel substrate contained pockets of air. Digging and other activity by the female releases the trapped air, which bubbles up as seen in this image. 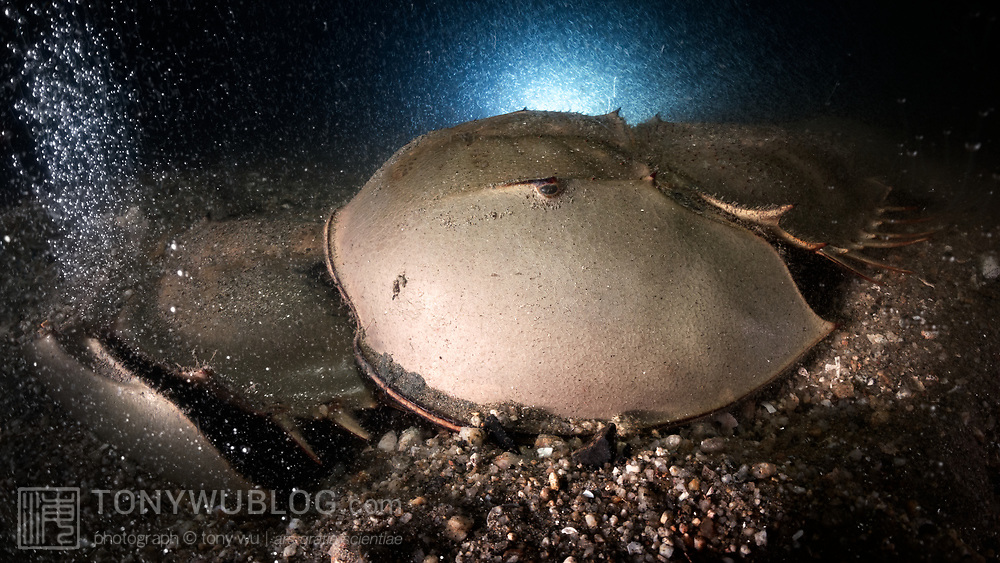