back to search results

This is a pair of endangered tri-spine horseshoe crabs (Tachypleus tridentatus) engaged in spawning. The male is clearly visible, clasped onto the rear of the female. He is fertilizing eggs being deposited by the female, whose head is buried in the substrate. 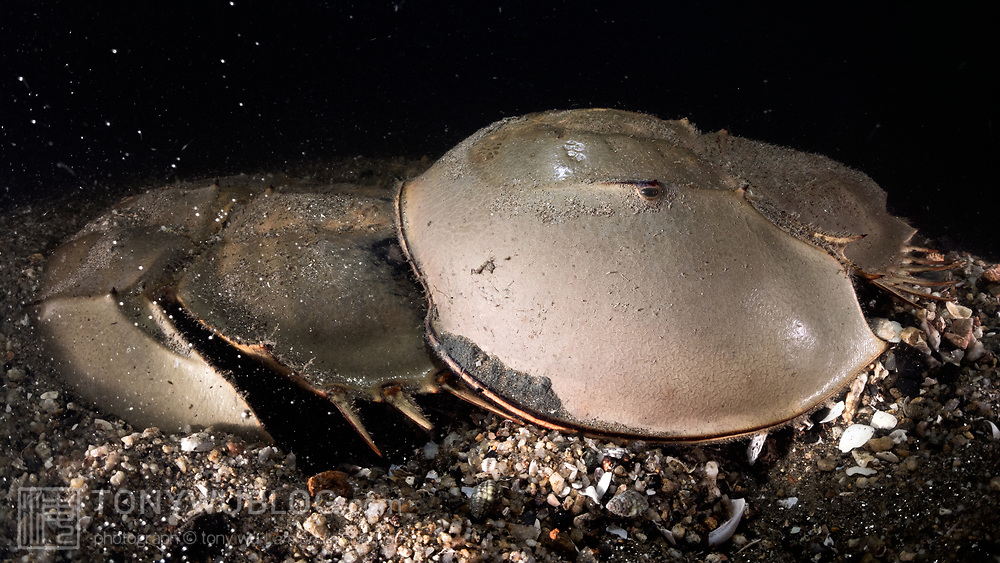